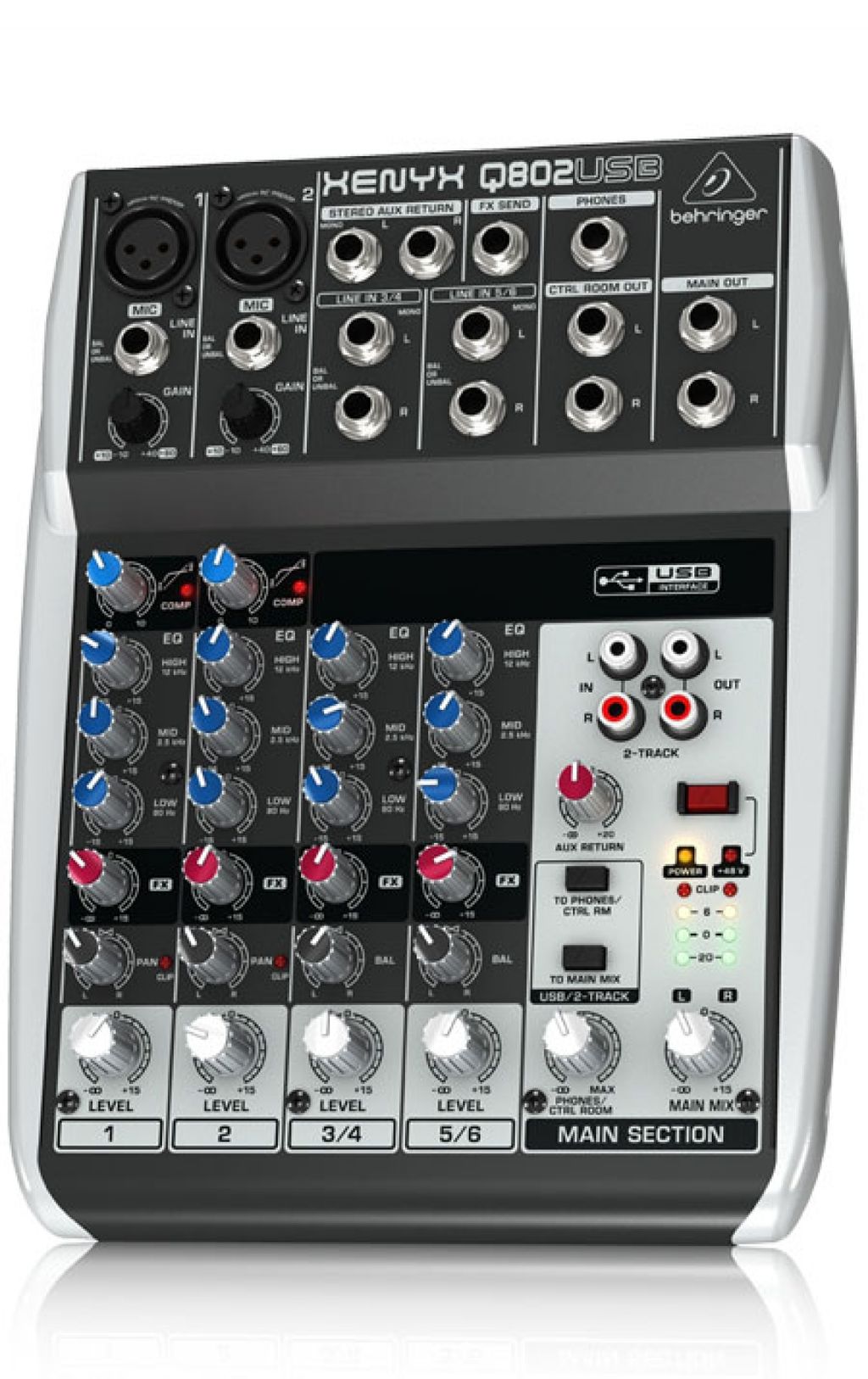 The XENYX Q802USB gets its name from our legendary, high headroom XENYX mic preamps, which have been praised by audio engineers all over the world.

Ask professional sound engineers what their favorite piece of external processing gear is and the majority response will be virtually unanimous – dynamic compression.

The British consoles of the 1960s and '70s changed the sound of rock and roll – without them the British Invasion might not have happened.

The Ins and Outs

The 8-input, 2-bus XENYX Q802USB can accommodate either a dynamic or condenser microphone, thanks to available Phantom Power.

Weighing in at a mere 2.4 pounds (1.1 kg), the XENYX Q802USB is the portable, practical way to turn a speech or scaled-down performance into a sound to behold.