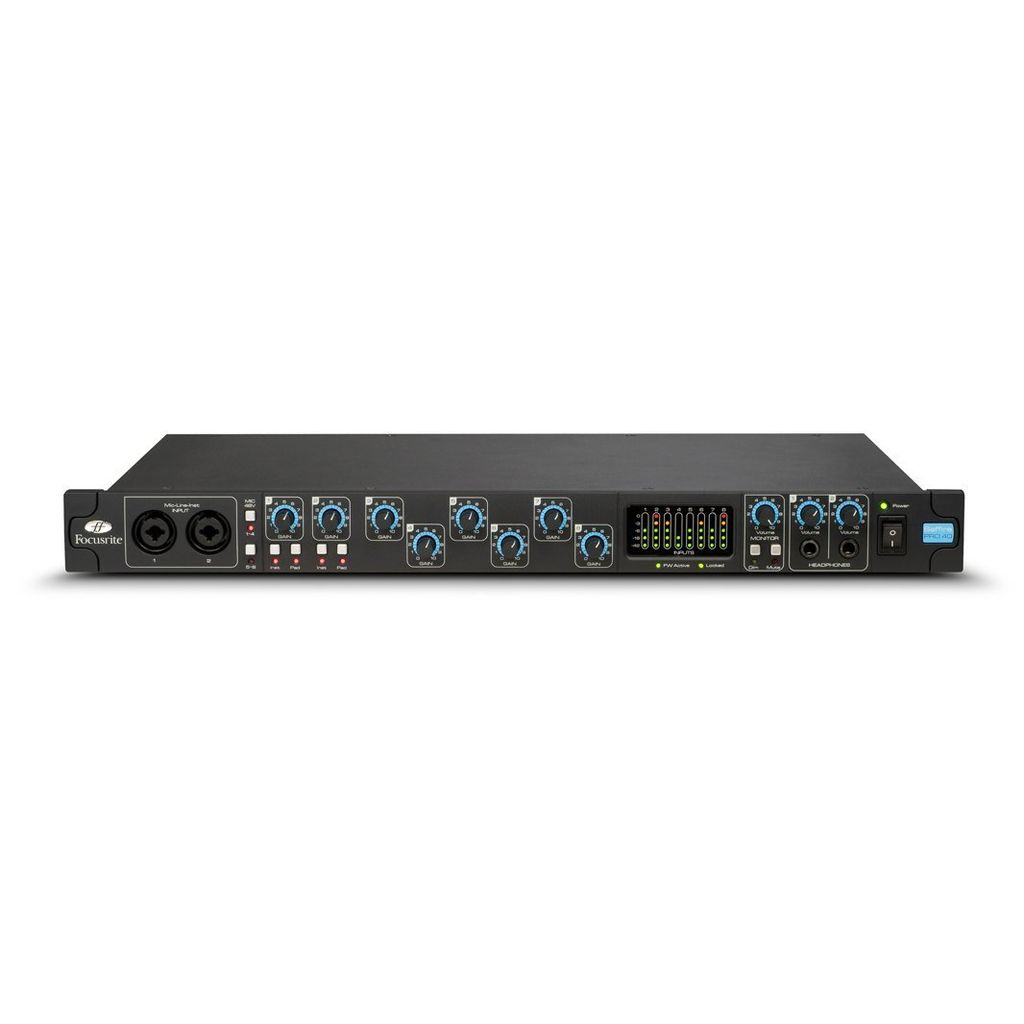 Designed with the sophisticated project studio owner or smaller commercial facility in mind, Saffire PRO 40 features a versatile 20 inputs and 20 outputs, including a complement of eight Focusrite mic preamps guaranteed to get the best out of any microphone, with minimal noise and distortion even at high gain. Two mic/line/instrument inputs are accessed via the front panel, which also provides two independent headphone monitor outputs.

Focusrite?s unparalleled preamp legacy forms the foundation of this versatile interface, with eight award-winning Focusrite preamps. Focusrite came into being thirty years ago in 1985 when console design legend Rupert Neve was asked by Sir George Martin to develop new mic pres for the consoles at AIR studios. The resulting, sought-after sound has been the basis of Focusrite mic preamps ever since. Those used in our computer interface ranges are a special 2-stage design created specially for the purpose, combining low noise, high gain and exceptional headroom, allowing you to get the best out of any microphone.

All eight main inputs feature combo XLR/TRS connectors and sense which is in use automatically. Inputs 1 and 2 appear on the front panel and support mic, line and instrument operation, while the remaining six are on the rear panel and offer mic and line input functionality. In addition to the comprehensive monitoring options described below, there are eight TRS line outputs. In addition, ADAT I/O, stereo S/PDIF I/O and two virtual ?loopback? inputs for routing digital audio between software applications are provided. Every mic pre features phantom power, with the first two channels also featuring -9dB pads for additional headroom. Front panel five-step LED metering for each analogue input offers accurate viewing of levels.

Two independent headphone buses are provided, each with their own level controls available on the front panel. A dedicated stereo monitor mix TRS output features pads for improved sound quality when connected to active monitor speakers, while an 'anti-thump' circuit protects your monitor speakers from spikes when booting up or shutting down. Front panel controls include a main monitor dial with dim and mute switches, all of which fully integrate with customisable software to cover every possible monitoring need, providing a set of controls for any set-up from basic stereo to full 7.1 surround.