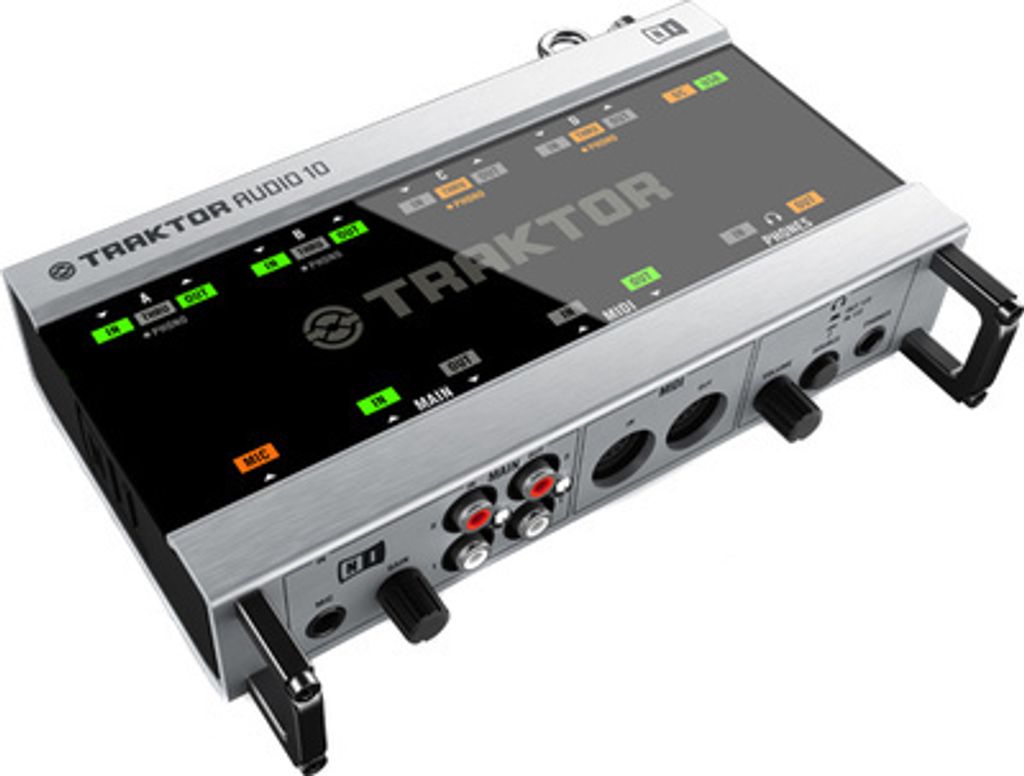 TRAKTOR SCRATCH A10 lets you spin digital files on four track decks using super-tight vinyl and CD control. The next generation of the award-winning digital vinyl system is easier to use than ever, and boasts incredible connectivity via the included TRAKTOR AUDIO 10.

This product includes TRAKTOR SCRATCH PRO 2.5 software with Remix Decks – the latest flagship version of the world’s most advanced DJ software. Switch any track deck to a Remix Deck and seamlessly merge the worlds of DJing and live performance.

Powered by the 10-channel TRAKTOR AUDIO 10 interface - now available exclusively with this product - you can also expand your setup to include TRAKTOR KONTROL F1 for ultimate and intuitive control over the software’s Remix Decks.

Thanks to Auto Detection and configuration for NI audio interfaces, you can get set up in seconds, while TRAKTOR AUDIO 10’s Direct Thru function makes switching DJs in the club a breeze. The SoftSync feature adds a new level of tempo-awareness to TRAKTOR SCRATCH that expands your mixing options when using vinyl control. TRAKTOR SCRATCH A10 also features an intuitive software interface and TruWave frequency-specific colored waveforms for easy identification of song structure.

TRAKTOR SCRATCH A10 offers an incredible range of creative options to define your individual sound. The intuitive looping and cueing functions have been further enhanced with the addition of Remix Decks, making live remixing and re-editing a cinch. Grab and layer your own loops, use the library of included loop content or fire off one-shot samples such as the included scratch sounds. Record from any channel via the Loop Recorder and add dynamic layers to dramatically heighten your mix.

Use the expanded effects section like an external effects unit and even sync up with gear such as MASCHINE to create powerful set ups for stage and studio.

The Native Scratch technology features TRAKTOR SCRATCH MK2 timecode vinyl and CD control for the next step in tight timecode performance. Spin super-precise 2kHz control signal on 120g vinyl – it feels just like your digital track was cut to a 12-inch - and with the innovative vinyl marker stickers you get clear visual reference at all times. Alternatively, use your CDJs with TRAKTOR MK2 timecode in relative mode, and stay ahead of the competition - use TRAKTOR’s loops and hot cues and your CDJs’ cue and manual looping functionality, and get the best out of both systems.

The technology is included in all TRAKTOR SCRATCH products.